How did you score on our latest quiz?
​Here are the answers - and some explanations...
​

1. Louis Armstrong used a handkerchief when he performed. What was it for?
a. To dry is lips; he used a “dry” embouchure, unlike most trumpet players
b. To cover the alternate fingerings he used so no one could copy him
c. To wipe his sweaty face
d. Just as part of the showmanship of his performance
e. No one knows, but all of the above have been suggested [CORRECT]

2. In the 16th century, the natural trumpet (sometimes call the Baroque or “valveless” trumpet) used vent holes to improve intonation.
a. True
b. False [CORRECT - Vent holes were a 20th century development]

7. ___________ is a method by which a wind instrument player can play continuously without interruption.
a. Roundabout
b. Infinite
c. Circular [CORRECT]
d. Italian

9. The Tonight Show Band was founded in 1954. Which of the following trumpeters has NOT been a regular with the band at one time or another?
a. Clark Terry
b. Doc Severinsen
c. Snooky Young
d. Allen Vizzutti
e. Rafael Mendez [CORRECT]
​ 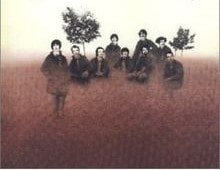 10. This photo was on the cover of an album by what group?
a. Tower of Power
b. The Tijuana Brass
c. Led Zeppelin
d. Blood, Sweat, and Tears [CORRECT]
e. Red Hot Chili Peppers
Leave a comment on the
​Twin Cities Trumpet Ensemble's Facebook page
and tell us how you did!
Proudly powered by Weebly